Hong Kong is a lively city, Asian but with a heavy colonial Influence and all the glitter of a Moulin Rouge show in Vegas. Learn all the latest Hong Kong news about this Chinese region and what to see and do.

Currently, the region is experiencing anti-government protests. While visiting the Hong Kong Special Administrative Region of the People’s Republic of China (HKSAR) continue to monitor Hong Kong news and other international sources.

Hong Kong, the Pearl of the Orient is a must-visit for any tourist looking for cultural diversity. The city is very much Chinese, but with a heavy British colonial influence. This is despite being relinquished from British rule when their lease of the region over 22 years ago. It is a city of contrasts and is a very vertical city in terms of buildings.

The best time to visit is from October to December as the weather is usually more pleasant than the hot and muggy summers. Mid-December to February is a bit cooler. Rain wise, August is typically the wettest, with January being the driest. The Typhoon season runs from mid-Mar to mid-September.

There is evidence that the region’s original settlers arrived around 6000 years ago. They were simple semi-coastal tribes. Over time Chinese must-visit took control of the,

The first British visited the region in 1513, European explorer Jorge Alvares. Explore started leasing nearby Macau in 1557. Trade between Hong Kong and Europe thus began. The British made a lot of trade with Opium from their control of India. When China wanted to stop this trade, the British started the First Opium War in 1839. China eventually stopped the war with ceding Hong Kong to the United Kingdom in 1842. More Hostilities arose over subsequent years leading to a second Opium war. In 1898 Britan expanded its land holdings with a 99-year lease of the New Territories.

During World War Two, Japan attacked Hong Kong on the same day it attacked Pearl Harbor on 12/8/1941. The region was then occupied by Japan for nearly four years until the British took back over ion 8/30/1945. After the war, Hong Kong grew rapidly and became an Asian Tiger for industry and trade. It became a major shipping hub and financial center for all of Asia.

With the 99-year coming to an end, the British turned back control of all of Hong Kong to China on July 1st, 1997.  Hong Kong became a Special Administrative Region under China.

Hong Kong has three basic regions. The New Territories is mostly residential. Kowloon is the port, industrial, and business-oriented. There are also residential districts. Both the New Territories and Kowloon are connected to mainland China. The third region is Hong Kong Island, which is part of the financial and business center as well as part residential. It is, yes, you guessed it, an island. Most tourists visit the southern portion of Kowloon and the north-central part of Hong Kong Island. All the regions are connected by the MTR subway.

State/Province: Hong Kong is not referred to as a state or province but as a Special Administrative Region of the People’s Republic of China (HKSAR) and is on the eastern side of the Pearl River estuary in southern China.

Hong Kong is served by Hong Kong International Airport (HKG), also called Chek Lap Kok Airport. It is the 8th busiest airport in the world for passengers and the busiest airport for cargo. Cathay Pacific is the hometown airline, but nearly all global airlines serve this busy airport hub. The airport is built on an artificial island and is located about 24 miles northwest of central Hong Kong.

To get to the city from the airport, the primary and fastest way is by the Airport Express Train, which whisks passengers to Kowloon and Central Hong Kong.

Bus & Taxi: Buses and taxis are also available. It is possible to save some money and board a bus to Tung Chung and transfer to the Tung Chung MTR subway line that runs parallel to the Airport Express train, albeit it is a little slower.

Hong Kong has an extensive and multimodal,  transport network. Ninety percent of daily trips are made on public transport. I highly recommend you obtain an Octopus card, a contactless transit card that can be used on the MTR, buses, ferries, and trams, and can be used at many stores. Just purchase the card, add value to it, and you are off an on your way — no need to use cash or buy tickets.

While in the Hong Kong Special Administrative Region of the People’s Republic of China (HKSAR) continue to monitor Hong Kong news and other international sources for the latest on the region’s protests.

To get around Hong Kong, the MTR subway is the fastest way. The train runs frequently and is clean. There are currently 11 lines to get you where you are going. Buses and taxis fill the void where the MTR does not run.

A fun, albeit slow way to get around on Victoria Island is the Ding-Ding. A double-decker city tram line is running east-west on the island. One of the best ways to tour the city (the rest of the world uses the word “tram” for a trolley or streetcar).

The New Territories is served by a modern light rail system, although this area is more for locals than tourists

The region has a lot of vibrancy and is full of culinary diversity, with a heavy influence of Chinese cuisine.  Food prices can be rather spendy unless you know where to look. Be sure to try some of the Hong Kong inexpensive street food. My only word of caution is if you have a shell-fish allergy, as I do, you may want to be careful about your food selections.

Hong Kong is normally a safe city to travel around, even alone at night, but always use common sense. After dark, stick to well-lit streets if walking; note the MTR (Hong Kong Rapid Transit System) is safe to use at night.

With recent protests in the central city area, it is wise to check Hong Kong news reports and government travel websites like the US Department of State Travel Advisories and the Australian Department of Foreign Affairs and Trade Smartraveller.

While in the Hong Kong Special Administrative Region of the People’s Republic of China (HKSAR) continue to monitor Hong Kong news and other international sources for the latest on the region’s protests.

The region has the feel of China with a very western flair. It has the hustle and bustle like any large city. Yet with all the fast pace life, it still maintains a traditional streetcar (tram) through the central business district that is still relevant and high used despite the high-speed MTR line that runs below it for nearly all of its route. The MTR is clean and fast and the best way to get to the city from the airport. The views from the top of Victoria Peak are stunning.

If you would like access to discount and skip the line tickets, and other travel service read Cheap Tickets, Tours & Attractions – KLOOK. 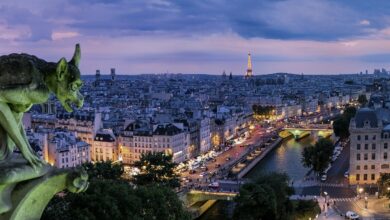 Your Guide To Paris & The Best Things To See & Do 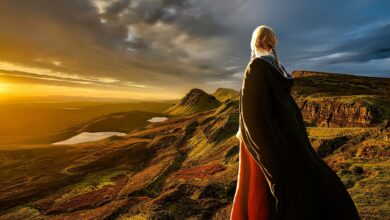 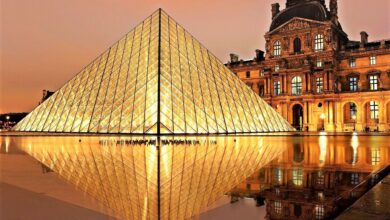 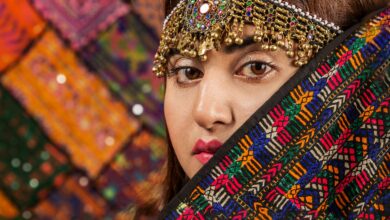 In This Article
Back to top button
Close
Close