Planning a family vacation overseas? Did you know in Germany the legal age to buy alcohol is 14 (with a legal guardian), or 16 on your own? In the UK and Australia Children, 5 to 16 may legally drink at home.

My wife and I have initiated and maintained discussions with our children on alcohol, its use, and abuse. We always drink in moderation, especially when in front of our children. Traveling as a family, we avoid events or locations with loud, intoxicated and unruly crowds.

The legal age for alcohol purchase in the U.S. is 21. What most people don’t realize that 45 states allow some form of alcohol consumption and/or possession by minors. More on this here.

When planning a family vacation be aware of the drinking customs and regulations of the country you plan to visit. Many countries, like Germany and Australia, do not have the same stigma about alcohol as the U.S., and drink mid-morning, at lunch, after work, and at dinner. Drinking openly and often with friends and family (in moderation) is part of the culture.

Here are the drinking rules, regulations, and customs for some of the popular destination cities around the world.

Family Vacation in the United Kingdom

Although the UK is our strongest ally and neighbor across the Atlantic, they have many differences in culture, cuisine, and customs. Be aware of their drinking laws if planning a family vacation to the UK.

No need to hide the Christmas Rum Balls here! Kids as young as 5-years-old can partake in the festivities – as long as it happens at home or at private parties. There is no law against tummy aches, so it’s still advisable to keep watch on youngsters when around alcohol.

The regulations for purchasing alcohol aligns with much of the rest of the world. It is illegal to buy or attempt to buy alcohol for anyone under the age of 18. However, retailers also hold the right to refuse you from selling alcohol if they think it is being bought for a child.

If you are on a family vacation, at licensed public premises, and having a meal with your children you can buy wine, beer, or cider for your teen as long as they are over 16 years old.

The UK does not prohibit drinking in public. Controlled drinking laws are in effect which allows the local government to control the consumption of alcohol in public areas.

Australia is another longtime ally of the United States. Even though it is located on the other side of the world, the day to day lifestyle of Australians has many similarities to those of their American cousins, except when it comes to drinking.

Australians love a drink and have the weather to enjoy it. Drinking for many is a national pastime. It is for celebrating happy events, drowning sorrows for unhappy events, and as a truth serum for exploratory dates and intensive business dinners. It’s definitely a drinking culture and if you aren’t one to imbibe, you might have some explaining to do.

Children aged five to 16 may drink alcohol at home, or on private premises.

Anyone under 18 or over 18 who may not purchase alcohol if already drunk.

In Australia, you may drink at any licensed premises or in any designated drinking area including sidewalk cafes. Find more information here.

Although relaxed in their lifestyle, Australia has some of the strictest drink and driving laws in the world. You’re breaking the law if you drive with a blood alcohol concentration equal to, or more than 0.05% Blood Alcohol Content (BAC). Penalties include severe monetary fines, loss of license, loss of vehicle and/or jail.

If you want to drink in Australia, be like a local and organize a designated and responsible (nondrinking) driver, or take a bus, train, or Uber home.

Germany, the land of Oktoberfest, is the fifth heaviest alcohol drinking nation in Europe. If you are planning a family vacation to Deutschland, you need to be aware of some other facts as well.

At the age of 14, teens can buy and consume fermented alcohol like beer and wine in the presence of a parent or legal guardian.

Drinking laws for the young are designed to teach teens responsible consumption of alcohol instead of prohibiting it completely. Children can buy beer, wine, and other fermented drinks at the age of 16 and buy distilled spirits from the age of 18.

Germany is one of the few places where alcohol consumption in public is legal. You can buy it and drink it almost anywhere, from cinemas to supermarkets – even at Mc Donald’s! Beer can be as cheap as a bottle of water. Also, Germany doesn’t have any separate laws for the consumption of alcohol in private and public.

If you are planning a family vacation to France read the comprehensive article on this amazing country France France Map & Guide For The Best Things To See & Do.

Unlike most other countries, France doesn’t have to enforce strict checks and regulations on alcohol consumption as it doesn’t have a culture of competitive drinking.

Alcohol consumption is savored like a spectacularly prepared meal and appreciated for the art of its creation. There are no separate laws for drinking in private for teens. Wine is introduced in French homes from an early age to be consumed mostly during meals.

Until 2009, children who were 16 years or older could consume undistilled alcohol, but a new regulation set the legal drinking age at 18 for all alcoholic beverages.

France doesn’t have regulation for drinking in public, but public drunkenness is inappropriate and would attract law enforcement. There are some places where public drinking is prohibited. so keep yourself in check when visiting popular visitorsareas.

Norway tends to rank among the top in the World Happiness Report. So, clearly, it is doing plenty of things right, presumably alcohol too.

Dominating the alcohol market in Norway is Vinmonopolet, a state-owned company with a social responsibility towards public health and safety. After the Vinmonopolet and Alcohol Act, wine stores and bars are scarce and expensive in the country. As a result, this has brought down alcohol consumption over the years.

Norway doesn’t have any special regulation for the consumption of alcohol at home. However, unless you are in a densely populated city, you may have to make an hour-long drive to pick up a 6-pack.

In Norway, 18 is the legal age for purchase of beverages with less than 22% of Alcohol by Volume and 20 years for anything higher than 22%.

In Norway, public drinking is illegal and offenders may be subject to heavy fines. However, if a nuisance isn’t created most officers typically just ask the offender to empty their bottle and move on.

You are bound to wonder about laws regarding alcohol when that country is renowned for its multitude of pubs. If planning a family vacation to the home of Guinness – take note of the following.

Within their home, teens can consume alcohol only with consent from their parents. Offering minors alcohol without parental consent in any private setting may attract a heavy fine.

Like the majority of countries, 18 years is the legal drinking age for both buying and consuming alcohol. It is also illegal for adults to buy alcohol for minors. Laws are strict enough to deny entry of children inside liquor stores unless they are with a parent.

In Northern Ireland and the Republic of Ireland, drinking is banned in most public places. There are notices and signs to inform both locals and visitors.

On a Family Vacation Live, Learn and Enjoy Other Cultures

Our children have been with us to the biggest Rum Distillery in Australia, lively bars in Cuba where entire families are entertained in a safe and friendly atmosphere, wineries with playgrounds and some of London’s most popular pubs that have the best kid’s menus and activities.

As frequent travelers, I have explained to my boys that they will be able to have a drink with me at a bar in Australia at the age of 18, but will need to be 21 before we can have a drink together in the U.S.

Don’t let the more open drinking lifestyles of other cultures restrict you from traveling on an overseas family vacation. It may be a good thing to allow your children to personally see the responsible use of alcohol, perhaps witness a little of the not so responsible use, and understand the difference.

Alcohol Around the World

If you are planning a family vacation overseas and would like to know the legal age for purchase and consumption of alcohol in most countries this and this are great resources.

Growing up in Australia, Tim developed a love of backpacking and adventure traveling, taking multi-country trips covering 5 continents. He relocated to the United States and as a transportation consultant averaged 3 flights per week
His favorite traveling is with his wife Cassandra and two boys, ages 8 and 5.
They quickly became expert family fliers and have taken the boys on annual trips to Australia and other U.S. and international experiences including China, Cuba, England, Fiji, France, and Spain. 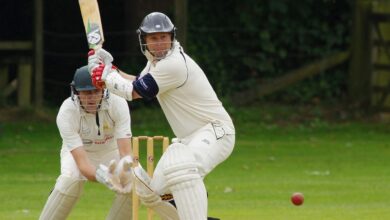 Cricket – A Guide for U.S. Travelers 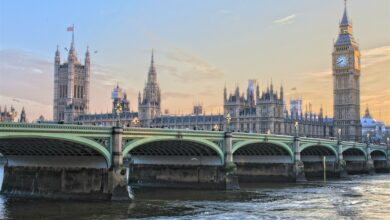 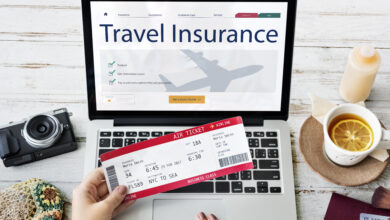 Why you Need Travel Insurance. 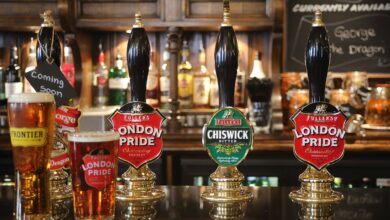 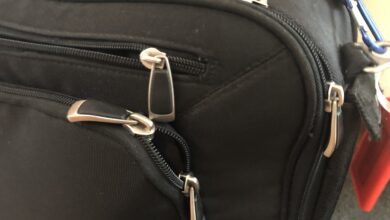 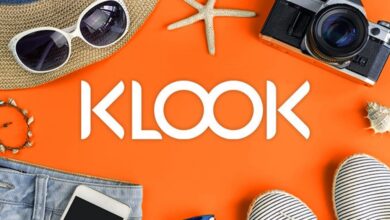 Check Also
Close
In This Article
Back to top button
Close
Close
We use cookies to ensure that we give you the best experience on our website. If you continue to use this site we will assume that you are happy with it.Ok